The pool was built on the first half of the twentieth century. In 1937 the company begins the construction of a building for cultural and social purpose that intended for the use of its staff. It had a swimming pool, a theater, a casino, a restaurant, a shop and various premises that can host socio-cultural activities. In this pool tens of thousands of children learned to swim. A first threat of closures arises in 1996. After many unsuccesful negotiations, the final chopper will fall in 1998. Although the pool is decommissioned, the university used the theater, the cafetaria and other premises for a few more years before their final abandonment around 2004. In 2005 the pool became property of a Muslim community that inteds to eventually establish a mosque. Development work has even begun since then. Although the transformation of the building seems to be stalled to this day, the places are still well guarded and preserved from vandalism. 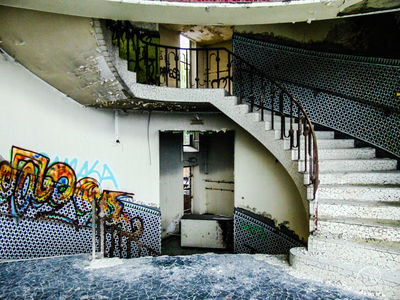 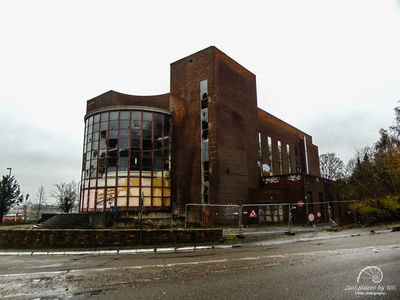 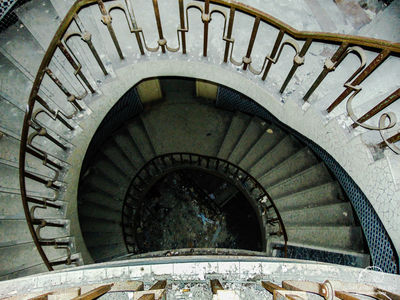 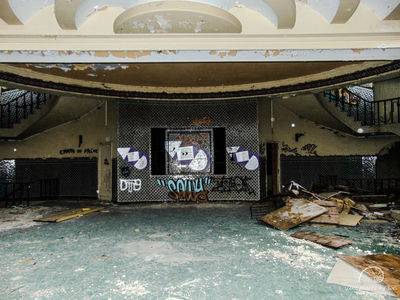 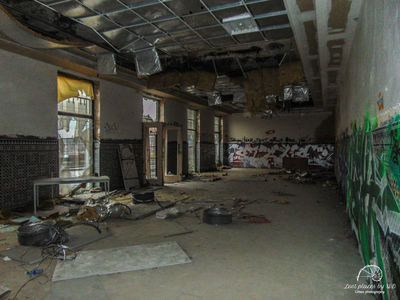 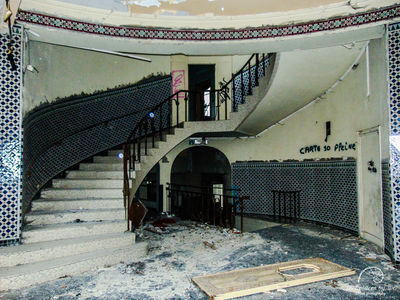 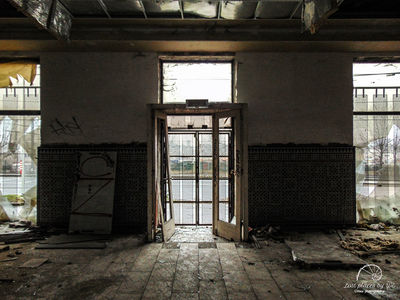 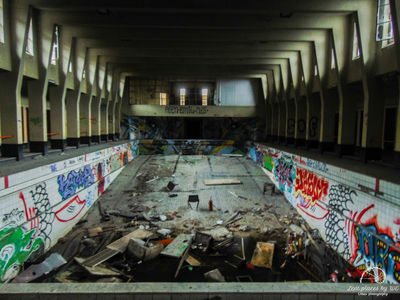 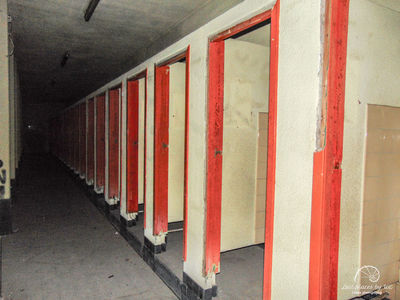 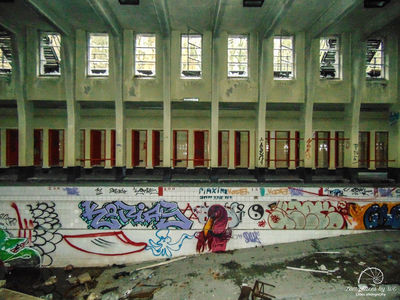 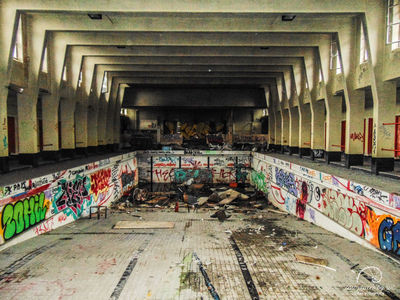 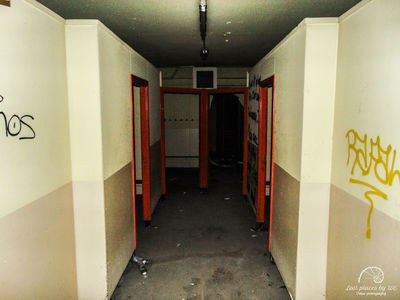 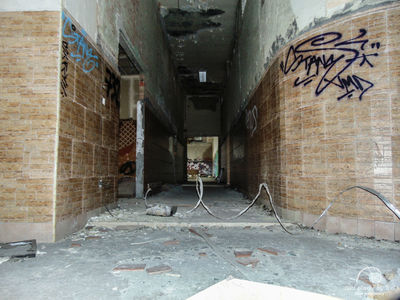 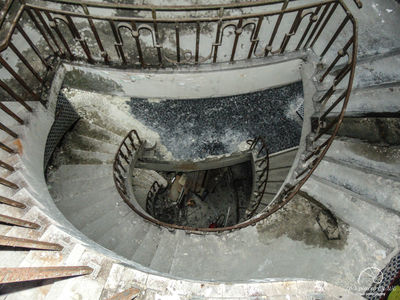 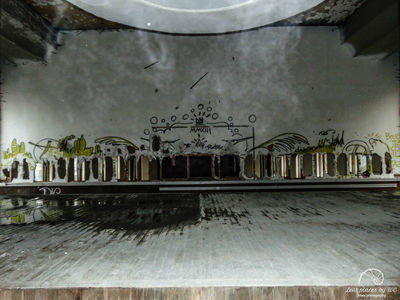 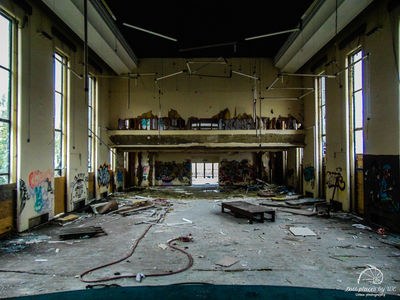 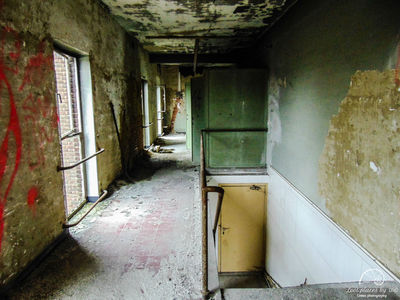 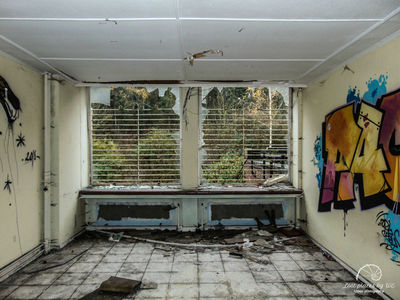 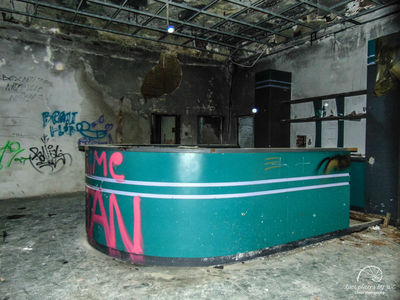 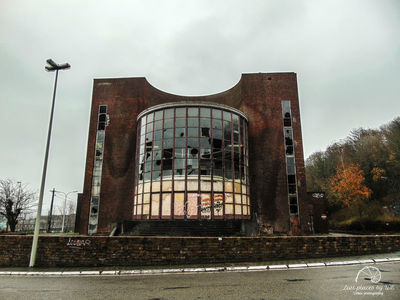